Think you need to have a huge production budget or be a comedic genius to create profitable YouTube ads? Absolutely NOT. Don’t believe me? Check out these YouTube ad examples (and breakdowns) from some of 2020’s best-performing eCommerce YouTube ads.

Think you need to have a huge production budget or be a comedic genius to create profitable YouTube ads?

Don't believe me? Check out these YouTube ad examples (and breakdowns) from some of 2020's best-performing eCommerce YouTube ads.

The YouTube ads we've included here probably cost less than $5000 to produce (some way less than that)...

...And many have (at least) 7 figures of documented ad spend behind them (producing an assumed many multiples more actual revenue from that investment).

In this detailed post you'll see high-performing low production budget YouTube ad examples for eCommerce. You'll see key takeaways from each explaining exactly why these YouTube ads worked so well. (So you can use them to model for your own YouTube ads).

Your YouTube video ad creative is the most important element when it comes to succeeding with YouTube ads.

So don't guess what might work. Instead, spy, swipe & model the YouTube ads your competitors are already running, right now.

Never underestimate the power of combining well-chosen b-roll and some solid copy to create a b-roll / text-on-screen YouTube video ad. Even though such a simple ad might only cost a few hundred bucks to create, it can yield massive results.

This type of ad can work well for digital products as well as eCommerce, but let's walk through a few all-star eCommerce examples:

This low-budget YouTube ad for supplement company BioTrust has an estimated adspend of roughly ~$1k/day:

According to our free VidTao YouTube spy tool & competitor YouTube ad performance tracker, this ad is currently seeing an estimated $1000/day in adspend:

Organifi Founder/Spokesman Drew Canole has great energy on camera. So if you're a brand with a spokesperson who is good on camera, Organifi is a great brand to model your YouTube ads after.

From a production standpoint, most of Organifi's YouTube ads are quite simple and consist of:

Key to Ad Success: Make Your Advertising Itself Valuable!

"11 superfoods you need every day" is the value element for Organifi's highest volume YouTube ads. This listicle-style content is highly relevant to their health-conscious target audience, and specific to their product itself which combines all of these superfoods into one supplement.

The first seconds of your YouTube ad are crucial to its success. So make sure to test intros when possible.

Take a look at this screenshot from VidTao (our free YouTube ad research tool) showing two variations of their best-performing "Are vegans & vegetarians healthy?" ads:

Clearly they are still seeing better results with the "old" intro (around $6.7 million total estimated adspend vs. $410k for the new intro version), which is still running strong over a year and a half after it was launched.

Here are both ads, in case you're curious:

Here's the current day-by-day and total adspend breakdown of this ad from VidTao:

And here's the "losing" ad with the new intro:

Notice that the main difference between these two videos is simply the visuals for the first 11 seconds. Organifi knows what an impact these first few seconds can have for your ad's success - so follow their example and make sure to test new hooks on your ads!

(For more info on writing your YouTube ad scripts, go here for our full breakdown on how to research and write YouTube video ad scripts)

If you have a winning ad, creating an even better-performing version can be as simple as re-shooting the same content and applying minor tweaks.

Case in point: Organifi actually launched the original variation of this "11 superfoods you need every day" angle around 6 months before the current winner, back on April 20 2018.

Here is that original ad:

This ad is actually still going strong, with around $1.4M total spent & $100k spent on it this past 30 days according to VidTao:

Notice that the ad content for all three videos above is mostly the same starting from the "I'm the guy obsessed with superfoods" bit starting at around 0:11 in this video.

So if you have a winning ad and are worried about creative burnout? Try a few re-shoots / re-works with the same content but different visuals and see how they do.

Do it Yourself (DIY) Market Example: Bondic

If you have footage of your product that basically explains itself, this YouTube ad example from Bondic (cool liquid plastic welder) is a great template to model:

According to our free VidTao YouTube spy tool & competitor YouTube ad performance tracker, approximately $300k has been spent on this ad:

This ad has no voiceover and very simple text on screen. Sometimes you just need to get out of the way and let the product simply speak for itself!

Similar to the Bondic example above, here's another simple no-voiceover action footage + text on screen YouTube ad for Skye Drones:

Current adspend has ramped up and is around $5k/day over the past few days:

It's interesting that this video is very similar to another brand (N2Invent) which was recently removed by YouTube. The video was removed around the same time this Skye Drone video started scaling up, so maybe these are from the same  company or affiliate offer:

Want to take "ownership experience" type ads to the next level?

Add in a story.

Notice how this ad from 4Patriots for their Tiny Solar Panel uses a split-screen video to show both the story of a satisfied customer while using the split screen to show the product in action, emphasizing each of the points the customer is making:

Looks like they just started running this ad again (at around $500/day currently) after a bit of a layoff. Total spend is around $1.12 million USD according to what we're tracking in VidTao

Key to ad success: The Power of Product Positioning

When I first saw an ad for "Jawzersize", I thought it was a joke: 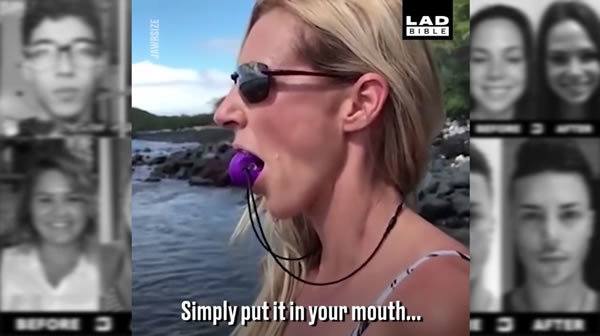 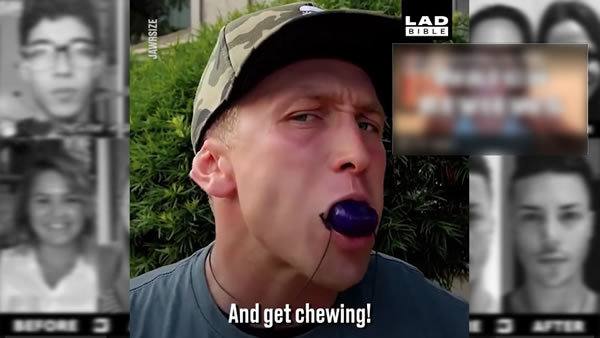 But the founder actually has a great backstory. He had a severe facial injury in a motorcycle accident and developed this product to re-build the muscles of his face.

At first, his videos targeted more of the gym-going, younger crowd looking for things like "facial fitness", "scuplt your jawline" and "get an alpha jaw line":

Here is the kickstarter video. Again, very targeted towards the gym-going crowd:

Product Positioning - Where the Magic Happens...

But what happened when he was able to re-position this product as an anti-aging and targeted fat loss product?

The Result: by pivoting this offer positioning to address the questions, "How to Look Younger" and "How to Lose Face Fat"  approximately $900,000 has been spent on these two YouTube ad videos - generating likely multiples of that in revenue.

Brainstorm how you can re-position your offer to speak directly to a more urgent need and/or broader audience.

Now you have some proven eCommerce YouTube Ad Examples to model for your own ads.

Remember, you do NOT need to have a huge production budget or be a comedic genius to create profitable eCommerce YouTube ads.

But keep in mind the key takeaways from these examples in this post:

Your YouTube video ad creative is the most important element when it comes to succeeding with YouTube ads.

So don't guess what might work. Instead, spy, swipe & model the YouTube ads your competitors are already running, right now.

And if you have any questions or comments? Please feel free to leave them below and we’ll get back to you ASAP.

Thanks and good luck!

Get the Software
x