YouTube is updating its algorithm to better account for the role ad length can play in view annoyance in an effort to improve our ad experience across in-stream environments.

And if that's the case & you've been relying on long form videos to sell your product...

We covered this a few weeks back after getting this "YouTube algorithm update" message from one of our Google reps:

"YouTube is updating its algorithm to better account for the role ad length can play in view annoyance in an effort to improve our ad experience across in-stream environments. Advertisers with in-stream ads longer than 3 minutes will need increasingly competitive bids to serve as ad length increases. There are no changes to in-stream ads that are less than 3 minutes long. Alternatively, advertisers can continue to serve ads of any length across our in-feed environment."

We've suspected for quite a while there has been some kind of "tax" on traffic for longer video lengths.

Charging more to show longer ads make sense. Think how many other ads could be shown (and how much more ad revenue YouTube would rack up) if you were bouncing around YouTube watching monetized content instead of stuck watching a single 45 minute long video ad.

But long form ads work so well on YouTube, that it's been worth the higher traffic costs. Especially for certain verticals like financial info products.

Here are a few examples of ads that were working great, with several millions spent in 2021 alone, but between them have under 20 views this month:

This ad is over an hour in length and had an estimated $3M+ adspend based on our tracking inside of VidTao. 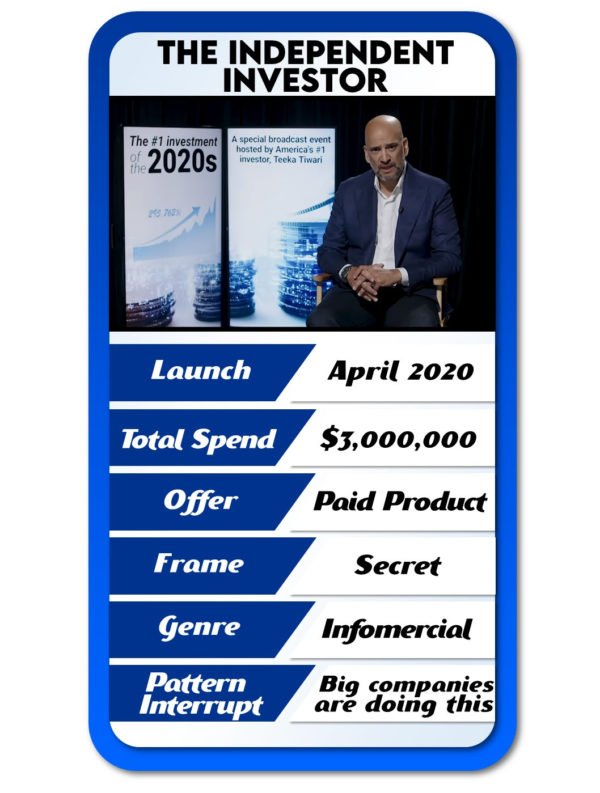 Why was the ad so good?

We’re not actually going to analyse this ad, partly because it’s an hour long so I really really don’t want to (you can’t make me!) but also because we want to take a more broad look at the industry and long ads in general.

And the strange thing about the specific investment ads is that they are always extremely similar, in part because they need to be slightly vague.

Just to give you an example, here’s another Independent Investor ad called “America Reborn” from October 2020:

And then from a few weeks earlier, here’s one from Charles Mizrahi called “American Prosperity summit”: 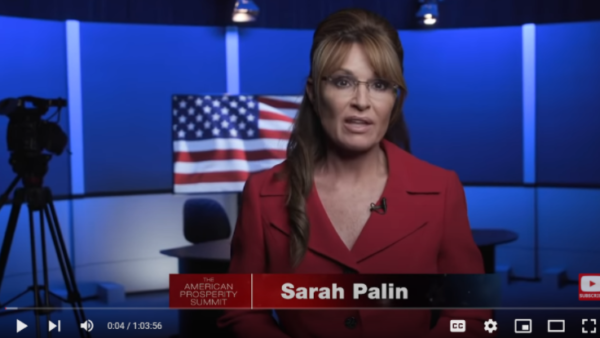 And then before that from Paul Mampily was “America 2.0”:

Now, don’t go watch all of these, it’s over 3 hours of content and you may die from excitement  but just skimming through them, they all hit very similar beats.

They talk about the huge percentage returns that have been made before to people who found a trend early. They point to companies like Microsoft and how they grew so many hundreds of percent and so on.

Then they dance around where the next investment is coming from, being careful not to be too specific but tying it to big names and growth industries that everyone is aware of. So, you’ll hear something about crypto or Elon Musk or Genesis markets or whatever is getting a lot of attention this year.

And then they end by selling a membership offer like this: 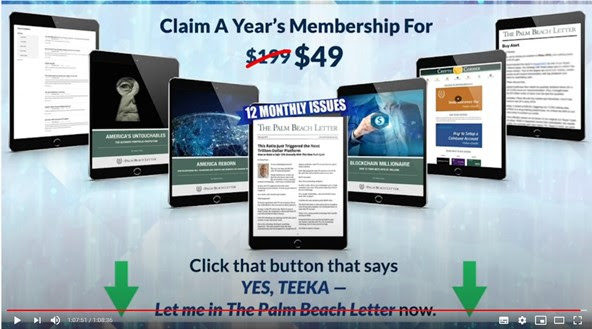 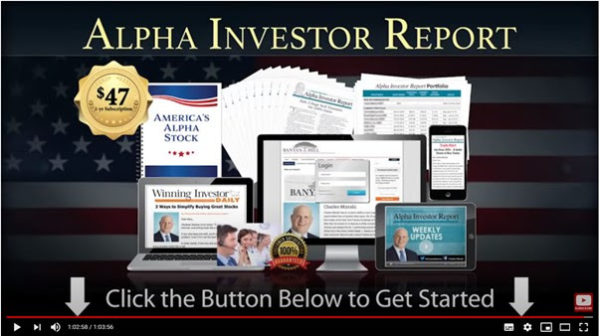 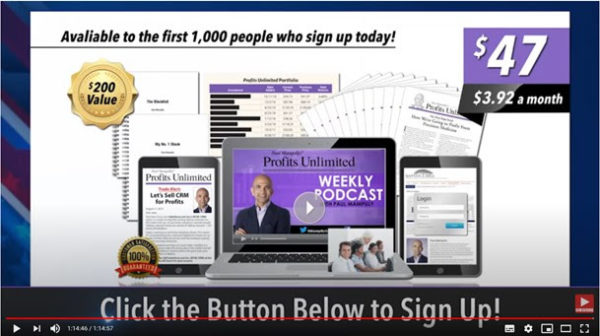 Now, it’s important to point out at this stage that a lot of the similarity in these funnels may be because of their direct relationship or indirect influence from Agora Finacials' offers in this space. (No comment on if any of these are related to Agora).

Anyway, now we come to the big question...

Why Did They Stop Working?

So why are none of these ads running, despite millions spent on these ads in 2021, pre iOS update and pre "3 minute rule" decree?

Because similarly long ads, to similar offers are STILL running right now. Check this out...

Check out this 53 minute ad from Visionary Profit:

Clearly this long-form ad is not dead.

DEFINITELY get your short form video creative game up to speed. All signs point to this being more and more important moving forward.

BUT - if you have a longform video salesletter you've been meaning to test as an ad on YouTube?

Absolutely test it. You might have a Visionary Profits style miracle on your hands.